Consent, Google Analytics & Google Ad Conversion:
In addition to cookies that delete themselves after closing the browser and the consent cookie with your privacy settings, Google places cookies that are used to transmit statistical data on the duration of the visit and activity on the site to the operator of the website. Google informs the site operator whether you are entitled to this page via an advertisement placed.

We use cookies to provide you with a unique online experience. Learn how we  use cookies  and how to  change your settings.

We have already welcomed many internationally renowned bonsai designers and experts. Here is a small selection in alphabetical order: 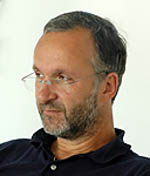 Othmar Auer (Italy)
Apprenticeship with Suzuki Hideo and others, member of the Association of Bonsai Artists of Japan (NBSK) (2000-2009 president of the European branch).
Guest of honour at our Hai Yama Ten 2015. 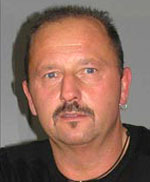 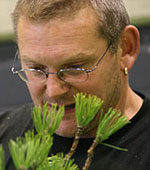 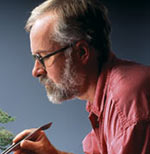 Udo Fischer (Germany)
Udo Fischer has been dealing with bonsai for over 30 years and is one of the most famous bonsai designers in Germany. In 2012 Udo Fischer founded an independent Bonsai school under the name "artdesign-bonsaischule". He is a member of Nippon Bonsai Sakka Kyookai Europe.
Guest of honour at our Hai Yama Ten 2018. 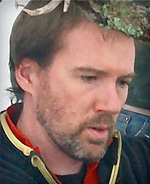 Michael Hagedorn (USA)
is one of the most famous American bonsai artists. Originally a ceramic master of bonsai bowls, he spent two and a half years in Japan as a student of Seishun Suzuki. (The book Post Dated - The Schooling of an Irreverent Bonsai Monk resulting from this experience is published in Bonsai Art 100ff., also available in German). 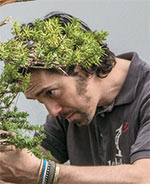 Marco Invernizzi (Italy)
studied with Masahiko Kimura, Salvatore Liporace and others. Guest of honour at our Hai Yama Ten 2017. 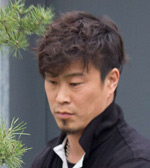 Takashi Iura (Japan)
Student of Takeo Kawabe and one of Japan's young bonsai masters. He has already made a name for himself as a juniper specialist and has won several awards from NBSE.
Guest of honour at our Hai Yama Ten 2012. 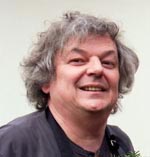 François Jeker (France)
is familiar to all Bonsai friends as a designer, teacher and book author who gives demos, workshops and lectures on all continents. Jeker's specialty is deadwood work.
Guest of honour at our Hai Yama Ten 2013. 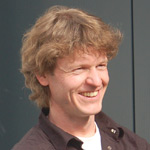 Teunis Jan Klein (Netherlands)
Studied with Hotsumi Terakawa and Marc Noelanders. Winner of the "Tree of the Year" and the "Ginkgo Award 2005".
Guest of honour at our Hai Yama Ten 2008. 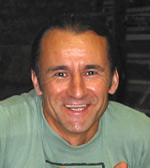 Jarek Lenarczyk (Poland)
First steps with Salvatore Liporace; since 2008 scholarship in Japan with Master Nobuichi Urushibata (Taisho-en-Schule). As an independent bonsai designer, he regularly designs bonsai and rock plantations for us.

Salvatore Liporace (Italy)
Student of Masahiko Kimura and one of the founders of the Italian National Association of Bonsai and Suiseki Instructors (IBS).
Guest of honour at our Hai Yama Ten 2009. 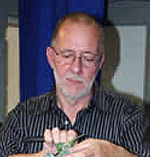 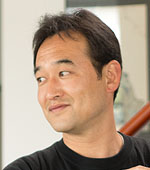 Hiroki Miura (Japan)
Hiroki Miura is one of the most important Shohin experts in Japan. He runs the Miura Baiju-en nursery in Osaka, which he inherited from his parents, and is an employee of the trade journal "Kindai Bonsai". 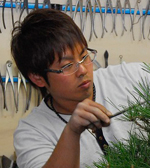 Yoshihiko Moriyama (Japan)
Mr. Moriyama is one of Mr. Masahiko Kimura's best disciples (he studied with him for seven years) and now works for Mr. Morimae, Mr. Kimura and for his own garden. 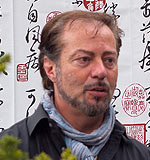 Marc Noelanders (Belgium)
Student of Masahiko Kimura and others; one of the leading Bonsai teachers in Europe. President of the Bonsai Association Belgium and founder of the Noelanders Trophy.
He was our guest of honour Hai Yama Ten 2014. 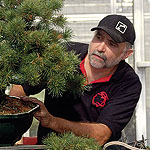 Václav Novák (Czech Republic)
Founder and President of the Czech Bonsai Association.
Guest of honour at our Hai Yama Ten 2011. 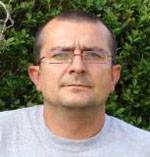 Hideo Suzuki (Japan)
Master of the Scuola d' Arte Bonsai. His skills and knowledge are marked by his education at the Hamano School.
He was guest of honour at our 2007 Hai Yama Ten. 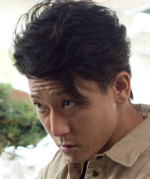 Taiga Urushibata (Japan)
The young Bonsai master, who has already made a name for himself in Japan, studied with Masahiko Kimura for 7 years and now runs the school Taisho-en in Shiuzoka together with his father Nobuichi Urushibata. Mr. Urushibata held his first workshop in Germany at the Bonsai-Zentrum Münsterland.

Danny Use (Belgium)
Ginkgo expert and founder of the Belgian Bonsai Museum. 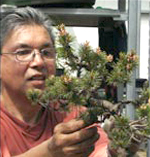 John van der Laan (Netherlands)
His Courses at the Bonsai-Zentrum have been a a continuous success for years. At our exhibitions he acts as a demo presenter and swordsman.

Jürgen Zaar (Germany)
National winner in the New Talent Contest 1997, participant in the EBA Contest in Bruges. Demonstrator at the congress of the European Bonsai Association 2002, demonstrations, workshops and articles also outside Germany.